Cooking Oils:
Myth 1: Some Cooking Oils are healthier for the heart than others.

The Fact: Diet that provides the correct ratio of N-6 and N-3 Fatty Acids (FAs) is heart healthy, while excess of N-6 leads to Lifestyle Diseases (LSDs).

Cooking oils are composed of FAs such as Omega 6 and Omega 3, also called N-6 and N-3. Together, they are called PUFAs (Poly Unsaturated Fatty Acids).
Our body cannot produce PUFAs, so they need to be supplied through food.
N-6 constricts the blood vessels while N-3 relaxes them. They are like an accelerator and a brake of the car. Both are required for good health, but their ratio should not be greater than 10:1.
At present, because of scarcity of N-3 in our food chain and excess consumption of N-6 through the so called heart healthy cooking oils, their ratio is more like 40:1, which is the major reason of all Lifestyle Diseases.
Cell walls are made up of PUFAs, which become rancid so quickly that while flax seeds are a health food, their oil, unless kept under refrigeration, is not even fit for human consumption. It is typically used in paints. Since rancid oils damage the cells, World Health Organization has restricted the use of PUFAs to less than 8 % of the diet while allowing the use of Ghee, which does not get rancid upto 10% of the diet.

Myth 3: Some oils have less cholesterol.
The Fact: All plant oils have zero cholesterol.
The hidden reasons for excess use of N-6 dominant oils are:
1. They are cheap even after adding the refining cost.
2. Refined oils are more suitable for deep-frying. But N-6 oils get more rancid at the deep-frying temperatures than the traditional oils.
3. Rancid oils are bad for the heart.

Fruits:
While few argue are good for health, others say they are not! Well, we say both are correct and summed up the details in this piece. Give a quick read.
Myth: Fruit is healthy at any time.
The Fact: Eating fruit at wrong times may cause fatty liver, the same disease that alcoholics suffer from.
The following facts about the contents of fruits and its digestion may help you to see it in the right perspective:
1. 10% of the food energy is spent in extracting energy from it, which means the body has to spend energy before it gets energy from the food. Fruit is an exception to this. It gives energy to the body without taking from it.
2. Glucose, also called blood sugar, and fructose are the two kinds of sugars found in fruits. While glucose goes directly to the blood, fructose goes to the liver, where it gets converted into glucose and then enters the blood.
3. If one eats fruit on empty stomach, there is no problem, because Glucose gives energy first followed by Fructose.
But if one eats fruit after a meal when our blood sugar is already high, the fructose gets stuck in the liver. Since the liver is where sugars are converted into fat, fructose that is stuck there becomes fat and turns our liver into a fatty liver.
4. Stomach, through which all the food including fruit has to pass, is laden with a very strong acid. If a fruit is eaten on an empty stomach, it gets out of the stomach before the strong acid there has a chance to damage its nutrients.
But fruit after the meal is forced to stay longer in the acid, as the other foods block the way. This forced stay in the acid, in the best scenario, results in loss of valuable nutrients and, in the worst scenario, causes gastric problems.
5. So always eat the fruit on empty stomach or at least give a gap of 30 minutes between the fruit and a meal and 2 hours between the meal and a fruit.
6. Fruit eaten on an empty stomach in the morning helps in cleaning up the body.

Idlis:
The Myth: Idli is healthy food.
The Fact: Idli is fattening food.
If the fat in our food is the sole cause of body fat, we should all have been slim, because we have banned the ghee from our diets and turned cooking oil reduction into a fine art. Has this anti-ghee mania made us slim?
No, because fat or even cholesterol in Indians, who mainly eat grains, comes from the blood sugar spikes caused by fermented grain contained in foods like Idlis.
Carbohydrates in our diet enter the blood as glucose, also called sugar. Ideally, the glucose should enter the blood at a uniform rate until the next meal, which ideally has to be after every 4 hours. Removing the fiber, as in the case of white rice, makes the glucose enter the blood faster and fermenting accelerates it even further.
So, Blood Sugar levels, after eating idlis rise a lot within the first one or two hours, depending on whether they are eaten with fat or not and fall to very low levels thereafter.
To see this effect for myself, I had measured my Blood Sugar levels after eating Idlis with fat laden coconut and pudina chutney. The readings are presented below. Anyone can repeat this experiment, because, thanks to the ubiquitous occurrence of diabetes in our society, glucometers are available in most households.

Explanation of the above results:

Idlis + coconut chutney: Blood Sugar spiked to 148 at 2nd hour and dropped to 99 at 4th hour.
Idlis + Pudina chutney: Calories are less, but Blood Sugar spiked at 1st hour and then fell to HG levels after 3rd hour.
Bananas: Blood Sugar was uniform without a spike, but HG occurred after the 3rd hour.
Bananas + Fit for Life Curd (FFLC): Some of the carbohydrate calories have been replaced with fat rich FFLC. This resulted in uniform Blood Sugar levels throughout the 4 hours and there was no HG after the 3rd hour.
Pesarattu + Ginger Chutney: This supplied uniform Blood Sugar over next 4 hours without any spikes. The reason being the low Glycemic Index of the Pesarattu, which is explained below:
Glycemic Index : The food supplies energy to the cells by entering the blood as glucose, also called sugar. Different foods enter the blood at different rates or put differently, different foods raise the blood sugar at different rates. GI ranks the foods by the rate at which they raise the blood sugar (BS) level. Higher the GI value of the food, the faster it raises the Blood Sugar level and vice versa. Understanding GI can reduce medical bills.
Click here to see the GI values of more Indian foods.
Pesarattu is the slowest in raising the blood sugar level because of the following reasons:
1. It is made from whole grains, which are ground and are relatively coarse when compared to idli batter.
2. It is not fermented.
3. It contains less than 1% of refined white rice, which has high GI value even without fermentation
4. Oil used in its preparation reduces the GI value
Why does the Mega Star benefit from his patentable oil-less dosa, but sedentary people like us do not benefit at all?
The spike in the Blood Sugar level means excess sugar in the blood. As every diabetic knows, the excess Blood Sugar is toxic. So our body pumps in additional insulin to move the excess Blood Sugar into muscles, if possible, or dump it into the belly fat, if there is no place in the muscle.
In sedentary people, the muscles are always filled with energy, so idlis end up as belly fat. But for people who exercise vigorously, muscles have a place for energy, so an insulin spike caused by excess Blood Sugar helps in building the muscle instead of fat.
For your information, bodybuilders take insulin injections to build muscle. So insulin spikes are fattening in sedentary people while they build muscles in vigorously exercising people. Note that the vigorous exercise is much more than shaking the leg in the Gym.

Meat:
If I received a rupee every time I heard that red meat is bad and chicken is good for the heart, I would have been a millionaire by now. This advice, which is based on American conditions, is quite misleading under Indian conditions.
Myth 1: Red meat is bad for the heart.
Fact: Red meat from grain fed animals is bad for the heart, while meat from the grass fed animals is healthy.
Grass is a natural feed for animals like goats. It feeds the bacteria in their stomach, which produce a kind of fat that protects the heart. Our red meat comes from animals that graze so their meat is heart protective.
Commonly available red meat in the U.S.A. comes from grain fed animals whose fat causes heart attacks. During some part of the year, grass fed mutton is available there, but it is more expensive than their organic beef.
So eat red meat with fat and let it help your heart.
Myth 2: White meat is good for heart.
Fact: White meat is a known cause of inflammatory diseases
White meat in India generally means farm fish and chicken, which are grown in a congested environment with lots of grain. The meat from them is called CAFO meat. CAFO stands for Concentrated Animal Feeding Operations. CAFO meats even in the U.S.A. are considered bad for health.
In India, the uncontrolled use of antibiotics in the production of CAFO meats is an additional health hazard.
So don’t get fooled by the color of the meat. In excess amounts, it may gift you with inflammatory diseases such as knee pains, BP and asthma. 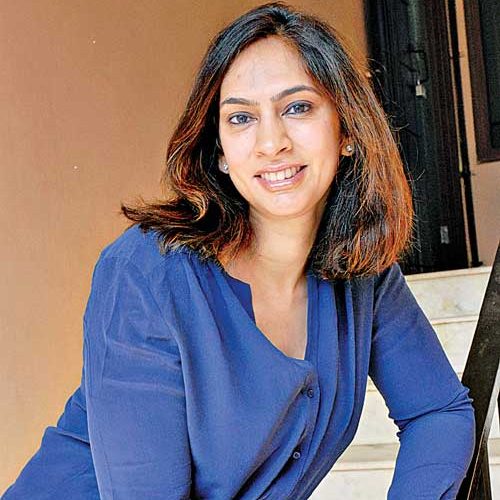